We recently bought a new Proliant server for running performance tests and now we can dedicate one server for testing only. The problem was defining and setting up an optimal test environment on said server.

Our requirements for the test environment are:

Our test server does not have the state of art processor but it is good enough and it has lots of memory. We try to keep everything that is needed for testing on the same server. Therefore, we looked at a few different virtualization techniques.

We use vSphere for everything and everyone is familiar with it. There is no life without it.

Docker is an open source software which wraps up a software in a complete filesystem that contains everything it needs to run: code, runtime, system tools, system libraries – everything you need. Small is beautiful.

We started by creating a KVM for the databases. It proved fairly difficult to install, so we decided not to use it for the MSSPs.

Instead we set up a docker container for the MSSP system and an existing VMWare instance for the simulator. The final system looks like this: 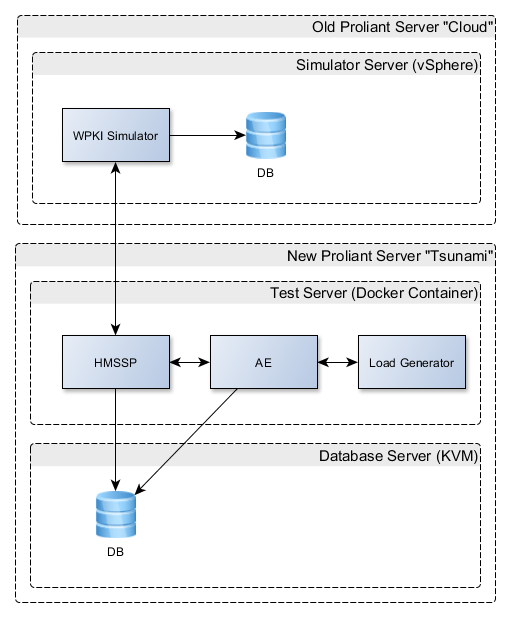 In the end we used all three virtualization techniques. This was definitely not part of the original plan but it works well for us. All in all setting up the environment and running the performance tests took us about 5 days.

SHA-1 is no longer to be considered Secure

Article about the Finnish MSS by Dr. Esa Kerttula